(Her shrine is located near Sayidda Sakina)

She is al-Sayidda Ruqayya the daughter of Ali al-Rida, the son of Musa al-Kazim, the son of Ja’far al-Sadiq, the son of Mohammed al-Baqir, the son of ‘Ali Zayn al-Abidin, the son of Imam al-Husayn, may Allah be pleased with them all.

It is widely [erroneously] believed that Lady Ruqayya is the daughter of Imam ‘Ali Ibn Abu Talib. Her shrine in Egypt is called ‘the Baqie’ of Egypt’ due to the great number of prominent people from among our pious predecessors who are buried around it. These include:

Lady ‘Atika: She is the daughter of Zayd, the son of Amr, the son of Nawfil al-Qurashi and the wife of our master Mohammed ibn Abu Bakr al-Siddiq, may Allah be pleased with him. He was the governor of Egypt and married Lady ‘Atika after al-Zubayr al-Awwam. Lady ‘Atika resided with her husband, Mohammed ibn Abu Bakr, in Egypt and died after him. Many people erroneously assume that she is ‘Atika, the Prophet’s paternal aunt.

Master ‘Ali al-Ja’fari: He is a great mystic and a descendant of Ja’far al-Tayyar, may Allah be pleased with him. Some people erroneously believe that he is ‘Ali the son of Ja’far al-Sadiq.

The name Ruqayya was either derived from the words, ‘refinement’, ‘exaltedness’, and ‘sublimity’ or is the diminutive of the word ‘ruqya’ which means the supplications and invocations made to Allah by whoever is afflicted with a calamity. 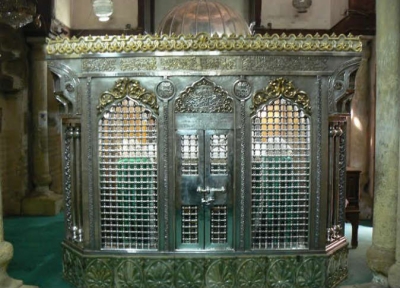 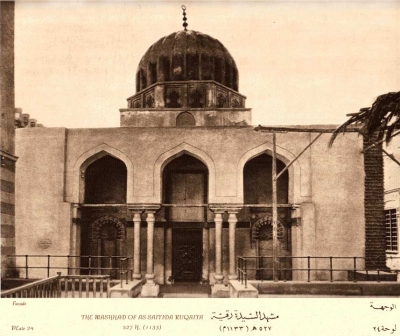