She is Lady Fatima, the daughter of our master Imam al-Husayn, the son of the leader of the believers, Ali ibn Abu Taleb (may Allah be pleased with them all). She was both pious and bright. She reflected the generosity, steadfastness, and abstemiousness of her grandmother the chaste Fatima al-Zahra’. Her mother is Umm Is-haq bint Talha ibn Abdullah, one of the Companions of the Messenger of Allahﷺ and one of those who received the glad tidings of Paradise; our beloved Prophetﷺ used to call him Talha al-Khayr. Umm Is-haq was the wife of al-Hasan. Before his death, he asked his brother al-Husayn to marry her and she bore him Lady Fatima.

It is known that Lady Fatima was born in 40 AH in al-Medina al-Munawarra. She was raised in her father’s house and was divinely endowed with the best characteristics and integrity. She inherited her father’s dignity, courage, eloquence, knowledge, generosity and open handedness; she had a Mohammedan upbringing, decked in the garb of beauty and perfection, chastity, modesty and decency. She was like a blessed tree, its roots firm in the ground and its branches high in the sky, generously distributing its fruit with the permission of her Lord.

She was first married to her paternal cousin al-Hasan the second, ibn al-Hasan, the grandson of Imam Ali. She bore him Abdullah al-Mahd (of sincere devotion to his Lord) and (of noble parentage), and Ibrahim al-Qamar and al-Hasan the third. After the death of her husband, she refused all marriage proposals but her mother entreated her to accept Abdullah the son of Amr, the son of Uthman, the son of Affan’s marriage proposal whom she later married; she bore him Mohammed and al-Qasim.

Lady Fatima was virtuous and generous. It was reported that when Yazid arranged for her and he companions (from Ahl al-Bayt) to leave for al-Medina after the martyrdom of her father al-Husayn (may Allah be pleased with him), he sent with them an honest man from the people of Sham and a contingent of horsemen to accompany them until they entered the city. Fatima told her sister Sakina, “This man was good to us. Do you have anything to give him?”

Sakina replied, “By Allah! We have nothing except these two bracelets.”

So she sent him the bracelets but he returned them and said, “By Allah! I did not do what I did except for the sake of Allah and on account of your kinship to the Messenger of Allahﷺ.”

Lady Fatima took the orphans into her care. For this reason she was called ‘the mother of orphans’. She was among the distinguished scholars of the science of jurisprudence, narrations, and hadiths (Prophetic traditions). She was considered a reliable transmitter of hadiths which she learned from her father, al-Husayn and paternal aunt Lady Zaynab. She transmitted hadiths from Bilal ibn Rabah, Abdullah ibn Abbas, Asma’ bint Umays and ‘Aisha bint Abu Bakr (the mother of believers). Abu Dawud, al-Tirmidhi and Ibn Majah and many others (may Allah be pleased with them) transmitted reports from her. 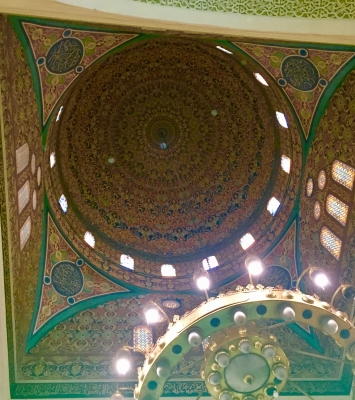