This is the tomb of the sister of the two moons

The daughter of the imam and honorable parents

The light of existence and the master of the two beings

Of honorable lineage is the eloquent Zaynab

The morning sun and the daughter of the two worlds

Lady Zaynab is well known: her maternal grandfather is our master Muhammadﷺ and her maternal grandmother is Lady Khadija bint Khuwailid, the first of the Mothers of the Believers. Her mother is Fatima al-Zahra’ and her father is Imam Ali ibn Abu Talib. Her brothers are our masters al-Hasan and al-Husayn, the grandsons of the Messenger of Allahﷺ.

Lady Zaynab was born in 6 AH in al-Medina al-Munawara. The Prophetﷺ, her grandfather, blessed her and named her Zaynab. Her mother, Lady Fatima, passed away six months after the Prophet’sﷺ death and so she became a substitute mother to her brothers, al-Hasan and al-Husayn.

When she approached the age of marriage, her father chose her paternal cousin, Abdullah ibn Ja’far, as a husband for her. After his father’s death in the battle of Mu’ta the Prophetﷺ told Abdullah, “Allah has replaced your father’s arms with a pair of wings with which he flies in Paradise however he wishes.”

All reports are unanimous that Abdullah was highly regarded by his contemporaries from among Banu Hashim and Banu Umayya alike. He was known for his graciousness, generosity, tolerance and nobility of character to the extent that he was nicknamed “the leader of generosity”.

In spite of all the written material on the life of this exceptional woman, all accounts fail to describe her during that period of her life when she was veiled and married to Ja’far; she was almost never seen except from behind a screen. It was the tragedy of Karbala’ that forced her to emerge in public [without a face cover]. Abdullah ibn Ayub al-Ansari described her saying, “By Allah! I have never seen such a face which is like a piece of the moon.” In his book al-Bayan wal Tabyeen, al-Jahez wrote, “Her character reflected her mother’s geniality and compassion and her father’s knowledge and piety. She held copious knowledge sessions for women who wished to learn about matters of religion. The community’s leading scholar, Abdullah ibn Abbas, reported hadiths (Prophetic traditions) from her, which she had heard from her father Ali, her mother Fatima, and her brothers al-Hasan and al-Husayn. Abdullah ibn Abbas would predicate the hadiths he heard from her with the words, “Our erudite, Zaynab the daughter of Ali, told me such-and-such …” And he would then relate the hadiths. She did indeed live up to her nickname, the erudite of Banu Hashim.

Lady Zaynab bore her husband Abdullah ibn Ja’far three sons: Ja’far, Ali, and Awn the senior and two girls, Umm Kulthoum and Umm Abdullah. Her various nicknames included Jabal As-Sabr (mountain of patience) because her father Ali was martyred in 40 AH; she buried her brother al-Hasan next to her mother in al-Baqie’ in 49 AH; and witnessed al-Husayn’s death in Karbala’. History books written by Arabs and orientalists all agree that Zaynab was the first woman in Islam destined to play an important role in politics. In Islamic and human history, her name became associated with the tragedy of Karbala’.

Umm Hashem, Lady Zaynab, wished to spend the rest of her life [in Medina] to be near her grandfather, the Messenger of Allah . However, Banu Umayya denied her this wish as her presence in al-Medina was enough to incite the people to avenge her brother, al-Husayn. So the governor of al-Medina asked her to leave the city and reside wherever she wishes and she chose to live in Egypt. Lady Zaynab was indeed a Divine gift and a flowing stream of the light and abundant good from the Prophet to the people of Egypt.

Lady Zaynab, may Allah be pleased with her, arrived in Egypt in the month of Sha’ban 61 AH. Maslama ibn Mukhlad al-Ansary, the governor of Egypt, and the Muslims welcomed her at the outskirts of Egypt until they reached Fustat (Cairo). Maslama accompanied her to his house where she stayed for almost a year. All of the members of the governor’s household sought her counsel and advice and it was due to this that she came to be called Sahibat al-Shura (the one from whom counsel is sought). When Lady Zaynab came to Egypt, the governor and his men would gather in her house for scholarly sessions under her presidency. Consequently, she was called, ‘the best of Banu Hashem’. Her house was a shelter to the weak, the ill, and the needy and so she was called, ‘the mother of the destitute’. She was firm and resolute so much so that she was called by the resolute, ‘the mother of the resolute’. She was greatly devoted to Allah during her lifetime and after her death was sought out for intercession and blessings. For this reason, her names, titles, and nicknames are considered symbols of spiritual and metaphysical significance.

She was said to have had an eloquent tongue. On the merit of relying on Allah, she said,

Many have slept and many have awoken,

Thinking about matters that may or may not come to pass.

There is a God that has satisfied you yesterday,

And Who will satisfy you tomorrow.

So keep worry away from you,

For carrying worries is madness.

On her complete submission to death, she said,

Matters are not in my hands, nor are the disposal of affairs,

I do not have control over the things that are I surmise,

For I have a Creator Who is my provider; He does whatever He wills,

His knowledge of me preceded my creation. 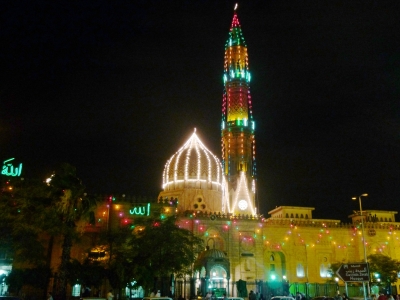 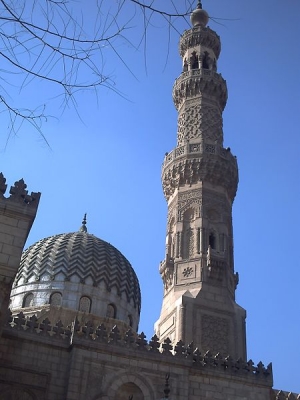