He is the fifth of Ahl al-Kisa’. He is al-Husayn the son of Ali Ibn Abu Taleb and his mother is Fatima al-Zahra’, the mistress of all women and the youngest daughter of the most noble of God’s creation, the Prophetﷺ. Fatima al-Zahra’ was born in the year when the people of Mecca were rebuilding the Ka’ba after it was destroyed by rain, this being before the Prophetic mission illuminated the worlds.

al-Husayn, the Prophet’s grandson, was born in al-Medina al-Munawarra on the fifth of Sha’ban 4 AH. The Prophetﷺ who was sent as a mercy to the worlds would say to his daughter, al-Zahra’, “Bring me my sons, al-Hasan and al-Husayn.” He would then kiss them and hold them tightly in his arms and would not depart until after he made them laugh.

Usama Ibn Zayd reported that once when the two boys were sitting on the Prophet’sﷺ lap, he said, “These are my sons. O Allah! You know that I love them and love those who love them.” It was also reported that the Prophet said, “Husayn is from me and I am from Husayn. Allah loves he who loves Husayn.”

Through his noble lineage and manners, consciousness of Allah, piety, and observance of religious rulings, al-Husayn won the hearts of the people. He was loved by everyone and was the role model to be aspired to in courage, altruism, and sacrifice. His generosity and openhandedness knew no bounds. Ibn Asaker narrated that a beggar was once walking about the streets of al-Medina when he happened to come across upon al-Husayn’s house. He knocked on the door and recited the following couplets,

Whoever knocks on your door will not be disappointed,

Who better than you will open his door?

You are generous—the paragon of generosity,

Your father, Ali, put the corrupt rebels to death.

At the time, al-Husayn was praying but when he heard the man, he lightened his prayer and went outside. Upon seeing the bedouin’s distress and indigence, he turned back and called his servant, Qanbar.

“At your service, O son of the Messenger of Allah!” Qanbar said.

al-Husayn asked, “How much money do we have left?”

Qanbar replied, “Two hundred dirhams. You ordered me to distribute them among your family.”

al-Husayn said, “Bring them. Here is one who has more right to them than they do.”

He took the money and went outside and gave them to the bedouin.

al-Husayn inherited the wisdom and eloquence of his grandfather. Aphorisms transmitted from him include:

The needs of the people are from among the blessings of Allah upon you; so do not tire of them lest they turn against you.

Honor does not prevent a person in need from asking you, so be honorable and do not repulse him.

Our master al-Husayn fathered five children: Ali senior; Ali junior (known as Zayn al-Abidin) and whom we will mention later since the Ashraf are from his descendants: Ja’far, Fatima, and Sakina.

Allah revealed the following words to His Messenger, “I battled ninety-five thousand through Yehya Ibn Zakariyya and I will battle twice this number through al-Husayn, your daughter’s son.”

Allah honored Egypt by having al-Husayn’s remains interred in its soil.

The gate of Al-Husayn is the best to which people flock.

Transcribed on the four corners of the cupola is the following,

The corner of this shrine is Paradise,

Whoever visits it attains his hopes.

The corner of this shrine is gratifying,

Where the prayers of supplicants are accepted.

The corner of this shrine is the Ka’ba of Egypt,

Whose glory was magnified through the master, the son of the chaste one.

The corner of this shrine has been honored,

By Imam Al-Husayn, the Messenger’s grandson. 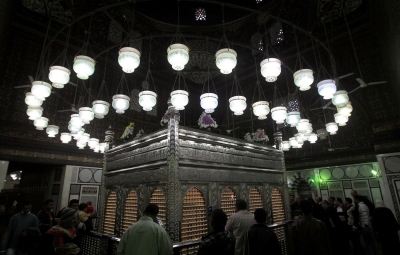 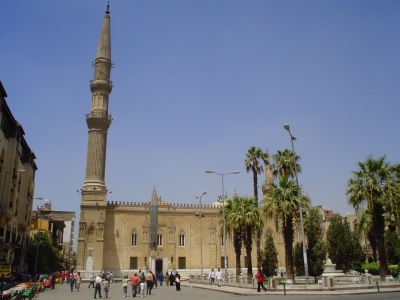 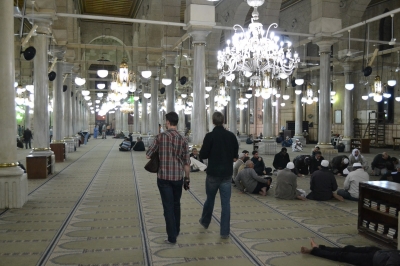 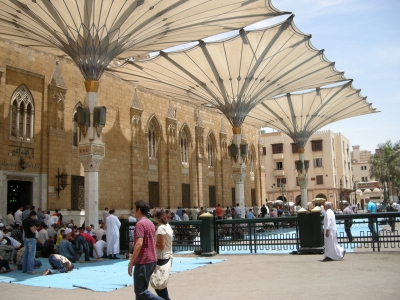 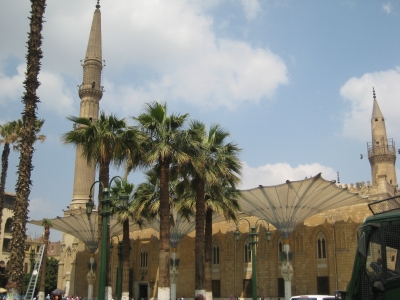 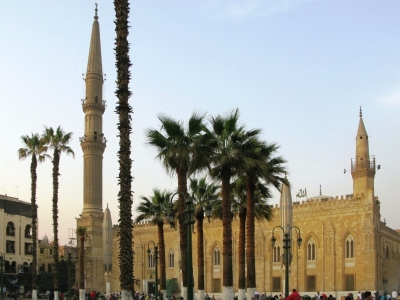 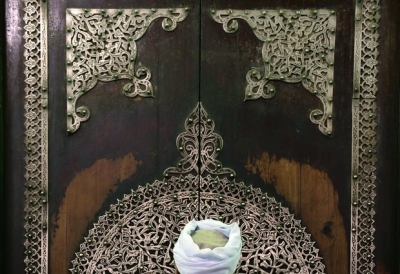