Shaikh ‘Isa studied Islamic jurisprudence under his father, from whom he also received instruction in other important subjects. He also attended the classes of Abu ’l-Hasan ibn Darami, as well as those of other leading scholars. He became a teacher, a lecturer, a preacher, and an expert legal consultant. He composed a number of literary works, including the book entitled Jawahir al-Asrar wa Lata’if al-Anwar [Jewels of the Mysteries and Subtle Aspects of the Lights], on the science of Sufism.

As reported by Ibn an-Najjar, in his Ta’rikh [History]: “After his father’s death, Shaikh ‘Isa left Baghdad and lived for a time in Syria. While in Damascus, he attended the classes held by ‘Ali ibn Mahdi ibn al-Mufraj al-Hilali. That was in the year [A.H.] 562. He also gave talks about his father.

“Then he moved to Egypt, where he stayed until the time of his death. He used to preach from the pulpit, and he was well received by the people. As in Damascus, he also gave lectures about his father. His sayings have been related by Ahmad ibn Maisara ibn Ahmad al-Hallal al-Hanbali.” (Here ends the quotation from Ibn an-Najjar.)

It was al-Mundhiri who said: “Shaikh ‘Isa moved to Egypt, where he gave lectures and delivered sermons. It was in that country that he died.”

Ibn an-Najjar has told us: “On the tombstone of ‘Isa, the son of Shaikh ‘Abd al-Qadir al-Jili, in the graveyard [qarafa] [below the Muqattam hills] near Cairo, I read the inscription: ‘He died on the 12th of Ramadan, in the year [A.H.] 573.’ Here is a sample of his poetry (may Allah bestow His mercy upon him):

Convey my salutation to a land that dearly loved me, and tell them that the stranger is filled with ardent longing.
If they ask you how I am, after leaving them behind, be sure to say: ‘He is burning in the fires of separation.
For he has no companion to bring him near to you, nor can he find a way to make the long journey home.’
Life is always hard for a stranger, in any foreign land, and who befriends the stranger, in countries not his own? 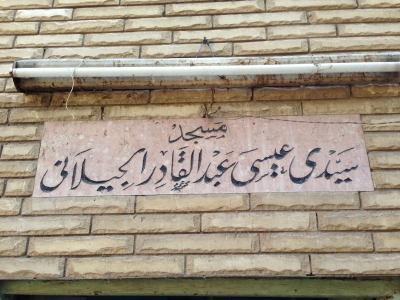 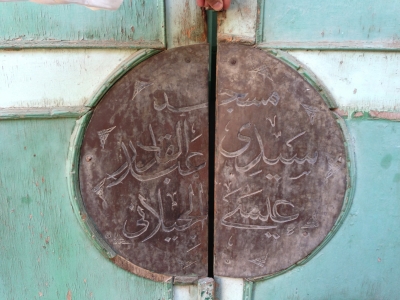