Salih al-Ja’fari of the tribe of al-Ja’afra (a tribe that lives in both Sudan and Egypt), was born in the town of Dunqula in Sudan in 1328 AH. His lineage goes up to our master, the Messenger of Allahﷺ.

After coming to Egypt and studying in the noble Azhar, he acquired a license to teach from the Faculty of Islamic Law. He was appointed an Imam and lecturer in al-Azhar Mosque. He taught at al-Riwaq (student workroom) al-Magharba in al-Azhar Mosque and called to the way of Allah the Almighty. His famous knowledge circles held in al-Azhar Mosque after the Friday Prayer were considered a Sufi Islamic institution that delved into usul al-deen (tenets of faith) and Islamic law and prioritized spiritual foundations and Sufism; it therefore manifested true Sufism and became his methodology:

“My Lord has disciplined me in the best manner”

Salih al-Ja’fari was disciplined in the best manner through the heritage of the Prophet’sﷺ guidance and his affiliation to the great and pure Mohammedan lineage that clothed him with asceticism, piety, and righteousness. Consequently, his spirit soared with natural purity. Drawn from the springs of wisdom, treasures, knowledge, and secrets of the noble Qur’an, his words guided the people. And because he was Divinely inspired, gifted by Allah the Almighty and followed the example of the Messenger of Allah, he made unprecedented Qur’anic interpretations. He therefore endowed the people with his intellectual treasures, talents, and spirituality of his soul and his humanity. He addressed both thought and conscience, answered questions of the mind, and misgiving of the soul. The study circles of Salih al-Ja’fari’s were therefore tantamount to an Islamic university that implemented a scholarly methodology, infused with Sufism, forming a link between Islamic law, truth, esotericism and exotericism, the psyche and the soul, and the mind.

He died in 1399 AH and was succeeded in the Tariqa by his son Sheikh Abdul Ghani Salih al-Ja’fari who was considered the best of successors. 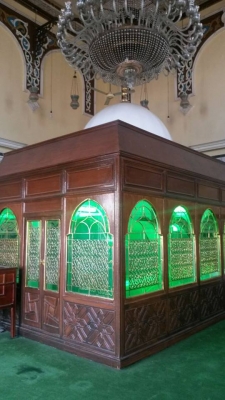 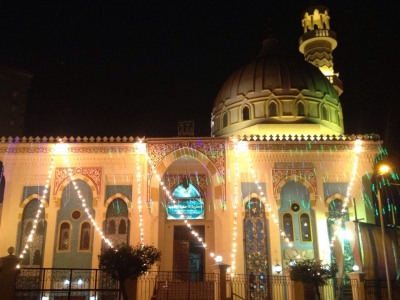