Shaykh al-Mursi, Ahmed bin Umar bin Ali al-Khazraji (may God be pleased with him) was born in the year 616 AH in the Spanish city of Murcia, which is where his name al-Mursi comes from. His paternal lineage goes back to the Ansarites of Medinah whose love for the emigrants was their greatest expression of faith as the Emissary of Godﷺ described. The Khazaraj tribe leader Sa’ad bin Ubada is part of his noble ancestry.

When Abu al-Abbas reached adolescence, he grew firm in his understanding of jurisprudence he went into the trading business together with his father establishing a name as one of the most trustworthy merchants around. In the year 640 AH, his father took matters into his own hands and willed for the family to set out on the journey of pilgrimage to the Holy House of God. Together with his family they took ship at the red sea when divine providence took its course and a violent storm struck the ship near the coast of Boona. The shipwreck cost the lives of his parents, which are considered martyrs since they died as travellers on the sea. As for Abu al-Abbas and his brother they survived the storm and found haven in nearby Tunisia. His brother took up trading at the dismay of his deceased father, however Abu al-Abbas left his trade and instead dove back into an intensive study of the Qur’an at a Tunisian Sufi lodge (Zawiya) called Mihriz bin Khalaf. It was there where he met his predestined Shaykh Abu Hasan al-Shadhli and set out on the path to become a Qutb. One might say that this series of events was necessary to bring him to Tunisia in order to become the rightful next successor of the Shadhili Sufi path.

Soon after, Abu al-Abbas travelled with Shaykh Hasan al-Shadhili and a group of his followers to Egypt, arriving in Alexandria in a state of exhaustion and hunger. They were welcomed by a dignitary of Alexandria with a meal. When Shaykh al-Shadhili was informed of this, he ordered his followers not to eat anything from it yet. Following his order, they spent the night in hunger. After leading the dawn prayer he turned towards them and finally allowed them to eat of the given meal. Shaykh Abu Hasan al-Shadhili later revealed his reasons by explaining that not knowing the source of the food made its permissibility uncertain and refrained from inquiring since he did wish to offend him. That night, he had a vision where a voice told him that the food was permissible by virtue of their struggle to maintain courtesy.

Abu al-Abbas remained in the company of Shaykh al-Shadhili learning the way of the Sufi, acquiring good character and learning the litanies. When al-Shadhili returned to his Lord, al-Abbas was appointed the rightful successor of his teacher. He became known as a spiritual guide and was loved especially by the common people. The scholars, at first reluctant towards his station as a spiritual guide, were nevertheless convinced after experiencing his miracle of initiating thirty government judges into the Sufi path by his hands. He used to say to Shaykh Yaqut al-A’rshy that the matter is not about ‘initiating one thousand laymen everyday but it is to initiate one scholar every one hundred years.’

His methods as a teacher were marked by balance and moderation. He never forbade, for example, a student to wear beautiful garments as long as his intentions stayed within the limits set by God. He followed the advice of his teacher Abu al-Hasan when he said:

“My son, drink your water cold since if you drink it hot and then praise God you would have said it without concern and if you drink cold water and praise God, all the members of your body would have responded with praise to God.” The origin of this proverb goes back to God’s words about Prophet Moses (peace be upon him). “So he [Moses] fetched for them water then turned to sit under the shade and said, “O God, I am in dire need for thy blessings you have given me.” Do you not see how he went to the shade first before he expressed his gratitude?

He (may God be pleased with him) was known to be very considerate about the spiritual states of his fellow men. He used to say, “God hears all and God gives everyone understanding in accordance to their capacities.” It is enough in this regard to know that three different people heard three different things from a single caller saying “Ya Za’atar Birry” (O Za’atar, my benevolence!). The first heard “struggle and you will find my benevolence,” the second heard “this hour you will see my benevolence” and the third heard “Is there anything more expansive than my benevolence.”” The statement being heard is one, but the understandings of the listeners are many. As for the first one, he was a novice aspirant who saw that his ascension to God would be through actions in order to be considered seriously treading the path. So he heard “[S]truggle toward us with truthfulness in action and you will find our benevolence with your perseverance.” As for the second one, he was in the stage of sulook (learning conduct and self discipline) and the stage seemed to take a long time so he feared that he might not reach the goal so he heard with the aim of calming his doubts “[T]his hour you will see my benevolence.” As for the third listener, he was an enlightened gnostic and it was revealed to him the wide meaning that the words carry so he heard what he witnessed directly “[H]ow expansive is my benevolence.”

This idea of a multitude of interpretations coming from one expression is strikingly affirmed in God’s narration of the story of the tribes of Israel when following Moses into the desert. At a certain point, Moses was ordered to strike a rock causing water to gush forth into different streams whereupon God says: everyone knew of which stream to drink.

Abu al-Abbas (may God be pleased with him) used to say: ” The Prophets in relation to their communities were aids and our Prophet [Muhammad]ﷺ in regards to his community [us] is a gift. It is critical to understand that an aid is for the ones in need and a gift is for the ones who are loved. It is for the same reasons that the Prophetﷺ used to say “I am a mercy that has been gifted [to all mankind].”

He also explained (may God be pleased with him) the saying of our Master and Messenger of Godﷺ, “I am the Sayyid of the sons of Adam [and I say it] without boastfulness.”, as meaning that he did not boast with this leadership title but instead he was emphasizing his perfection in worship of God. His (may God be pleased with him) understanding was that it is not necessary that the Qutb be a Shareef in lineage but that he could be from another lineage.

Abu al-Abbas al-Mursi returned to his Lord in the year (685) AH.

For another bio, please see here: 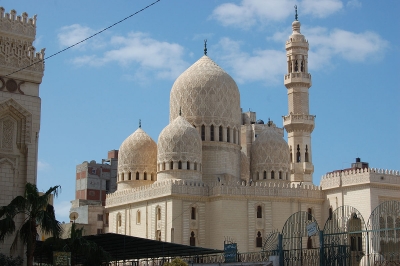 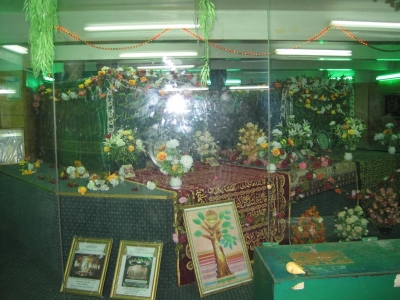 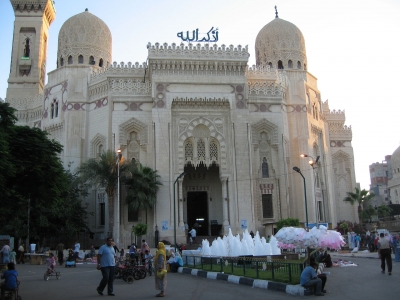