He is the Imam and scholar Muhammad bin Sa’eed bin Hammad al-Sinhajy born in 608 AH. His forefather’s originated from Busir, Upper Egypt as well as from Delaz. This dual lineage made him known as al-Dalasairy, a combination of both lineages later on simplified to al-Busiri.

Though he was a prolific poet his legend would be fully based on his writing of one poem, widely known as the Burda. This poem had such a spiritual impact on its readers that very soon after its composition it became the most recited and memorized poem in the whole Muslim world.

The legend goes that his inspiration for composing the Burda came after a sudden and painful paralysis. The physicians failed to come up with a diagnosis or cure him. He felt that his last hope of regaining his health was in writing a laudatory poem of the Prophetﷺ, with the confidence that it would intercede on his behalf. The entire poem was written out of inspiration except for the second part of the verse that reads, “so the extent of his (Prophet Muhammad’sﷺ) knowledge is bound by his being from amongst humankind.” After writing this verse the Emissary of Godﷺ visited him in a dream telling him “complete it by adding: and that he is the best of God’s creations.” Then heﷺ ran his noble hand over al-Busiri after which he found himself awake and healed from his paralysis.

Shaykh Hasan al-‘Adawy said in his book, “al-Nafahat al-Shazuliya fee Sharh al-Burda al-Busiriya” (The Shadhili Blessings in the Explanation of the Busiric Burda): “when al-Busiri left his home, after having finished the Burda, a known pious man requested from him to recite the Burda. al-Busiri was astonished by the request, since he did not share this information with anyone yet. When he asked how he knew about it, the man replied saying that he heard the poem yesterday in a vision he had of the Prophetﷺ. Upon which al-Busiri chanted the poem to the pious man. A few days after this incident, Bahaudeen, the vizier of the Sultan and King al-Zahir Baybars, invited al-Busiri to hear the poem himself that was praised by the Prophetﷺ himself. He swore that he would not listen to the poem except while standing on his two feet, baring his head out of respect for the Prophet. So al-Busiri chanted it and eventually gifted him a written copy. It was said that it remained with the vizier as a source of blessing, which he would read during any royal mission until death took him away, upon which his copy of the poem was passed down to his son.

The Burda had made such impression on the vizier that he succeeded in purchasing the Prophetic relics from the Bani Ibraheem tribe in the city of Yanboo’ and put them on display along the Nile River bank in a shrine that that is now known as “Athar al-Nabawy” (Prophetic Relics).

al-Busiri’s poem that praised the Emissary of Godﷺ became known as the al-Burda or al-Bura’a. al-Bura’a coming from the Arabic word “Bura”, which mean ‘to be relieved of’. A title he happily associated with the poem in remembrance of the miraculous relief of his paralysis. As for the other name al-Burda, this refers to an important event between the poet Kaab bin Zuhair, notorious for satirizing the Prophetﷺ in his poetry upon which the Prophetﷺ permitted his capture and execution. Then, Kaab converted and came to the mosque of the Emissary of Godﷺ wishing to repent. So he chanted a poem in which he expressed his regret and repentance. Upon hearing the poem the Prophetﷺ took off his cloak or burda and gave it to Kaab Bin Zuhair symbolizing his accepted repentance. This apologetic poem of Kaab Bin Zuhair became known as Burda. In remembrance of this event, al-Busiri’s wished to give his poem the name Burda for it resembled the story and metrical style of Bin Zuhair’s Burda.

Both al-Busiri and Ibn A’tta Allah al-Iskandary were disciples of Abu al-Abbas al-Mursi. Through the grace of al-Mursi, al-Busiri’s talent for poetry flourished and reached a peak whilst the presence of al-Mursi inspired Ibn Atta-Allah to explore and reach the summits of prose. al-Busiri who was known to be very loyal towards his teacher would recite poetry as a way to ventilate what is inside him. He only later becomes known as a pious Sufi ever praising the Prophet of Godﷺ in his poem that demonstrated his perfected and sincere love for God and His Messengerﷺ. He returned to his Lover in the year 696 AH. 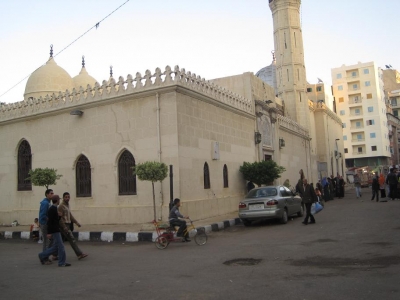 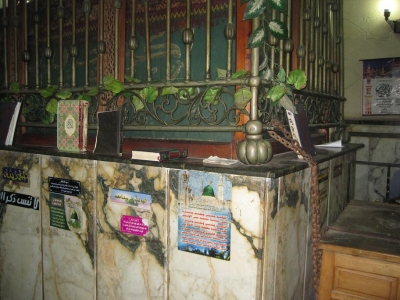 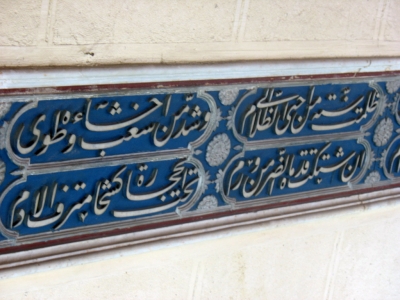