Daniel (Arabic: دانيال, Daniyal) is usually considered by Muslims to have been a prophet. Although he is not mentioned in the Qur’an, there are a few Hadith and Muslim records which bear his name and which refer to his time spent in the den of the lions. There are debates, however, that go on about Daniel’s time of preaching and some Muslims believe that he was not a prophet but a saintly man. Some Muslim records suggest that a book regarding apocalyptic revelations was found in a coffin, which is supposed to have contained the remains of Daniel, which was brought to light at the time of the Muslim conquest of Tustar, and buried again at the request of Umar.

Muslim tradition has retained some records of the two figures name Daniel in the Hebrew Bible: the first being the sage of ancient times mentioned by Ezekiel and the second being the visionary who lived at the time of the captivity in Babylon, whose life was chronicled in the Book of Daniel, canonized in the current Hebrew Bible. The first figure is referred to as “Daniel the Elder” in Muslim writing, whilst the second figure is referred to as Daniel. Daniel’s character in Muslim legend has shaped the figure in a similar way to that of the prophet Idris, as he is considered to have been a revealer of future mysteries, coupled with one who excelled in scientific matters. However, other scholars reject the differentiating and treat both Daniel the Elder and Daniel as one and the same.

Muslim tradition recounts that it was Daniel who preached in Babylon, exhorting the people to return to God. He lived during the reign of Cyrus, and taught this prince the unity of God and the true religion of Islam. Key events from Daniel’s life which are recounted in exegesis are the presence of Daniel and his companions in the court of Nebuchadnezzar; Nebuchadnezzar’s dreams; the friction between Daniel and his detractors and his miraculous delivery from the den of the lions; and Belshazzar’s feast and the deciphering of the mysterious writing. Other events from the Book of Daniel, such as Susanna and the Elders, play no part in tradition.

One legend that is not found in Jewish tradition but appears in Muslim writings is that of Jeremiah meeting Daniel. A similar event involving Habakkuk and Daniel, however, is to be found in Lives of the Prophets. Ibn Abi Al-Dunya narrated the following, based on a chain of citations:

Nebuchadnezzar captured two lions and threw them into a pit. He then brought Daniel and threw him at them; yet they did not pounce at him; rather, he remained as God wished. When then he desired food and drink, God revealed to Jeremiah, who was in Sham: “Prepare food and drink for Daniel.” He said: “O Lord I am in Jerusalem while Daniel is in Babylon.” God revealed to him: “Do what I have commanded you to do, and I shall send you one who will carry you and what you have prepared.” Jeremiah did so and God sent him something that would carry him until he arrived at the brink of the pit. Then Daniel asked: “Who is this?” He answered: “I am Jeremiah.” He asked: “What brought you?” He answered: “Your Lord sent me to you.” He said: “And so my Lord has remembered me?” He said: “Yes.” Daniel said: “Praise be to God Who has never forgotten me! And Praise be to God Who never forgets those who appeal to Him! And Praise be to Him Who compensates good with good, rewards patience with safety, dispels harm after distress, assures us when we are overwhelmed, and is our hope when skill fails us.” 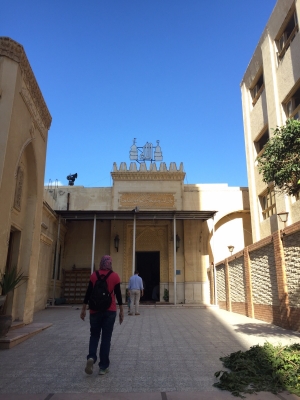 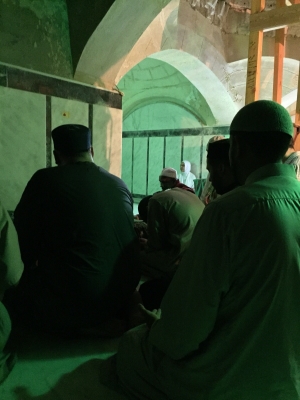 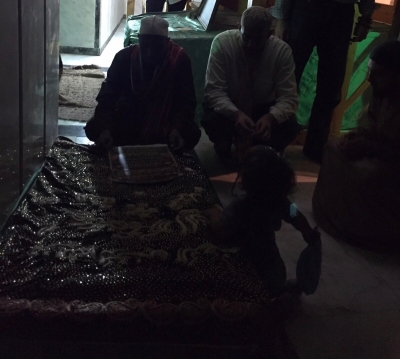