He is al-‘Aref  Billah Abu Abdallah Mohammed Shams al-Deen who was known as al-Muhammady and nicknamed al-Dimirdash. He was born in the city of Tibriz in Iran in 857 AH. He pursued knowledge in religious sciences and hadiths (Prophetic reports), following the sunni methodology of the great Imam Abu Hanifa al-Nu’man.

He came to Egypt during the reign of Sultan Qa`id Bey and went into his service. He rose in rank until he became the minister of water. The Sultan chose him as a close companion when he learnt of his manners and piety.  This aroused the envy of his comrades who hatched plots against him. They informed the Sultan that he frequently left his post, endangering the Sultan’s life.

And since Sultan Qa`id Bey placed a lot of trust in him, he insisted on learning the truth himself. So one cold stormy day he went to learn the truth for himself but did not find al-Muhammady at his post. Instead, he found him worshipping Allah in a deserted place far from where he could be seen. The Sultan stood in awe at this spectacle and at al-Muhammady’s endurance and told him in Persian, “Damirtash” which translates as “You are like a rock” or “Your endurance is as hard as steel” by which he was later nicknamed. The word was later corrupted to al-Dimirdash.

al-Dimirdash was held in high esteem by the Sultan who was confident of his piety and righteousness. In 886 AH when a great lightning strike destroyed everything that was inside al-Masjid al-Nabawwy except for the noble dome, Sulatn Qa`id Bey immediately prepared a caravan comprising the best architects to restore the mosque. And because he knew that al-Dimirdash was pious, God-fearing and loved the Prophetﷺ greatly, he sent him with the caravan to keep him informed of its progress. Work on al-Masjid al-Nabawwy was finished towards the end of 887 AH and the result was a beautiful work of art and one of the greatest structures. al-Dimirdash’s eagerness to end the restoration process in as little time as possible and in the best manner, earned him the love and appreciation of the people, so much so that they called him al-Muhammady.

After his return from this mission, Sultan Qa`id Bey appointed him imam and preacher of al-Qubba Mosque on Fridays. He led the people in prayer and delivered an eloquent sermon that pleased the Sultan so much that he granted  al-Dimirdash a royal gift of money and a piece of land in the middle of which he built a zawya for him and the poor. He resigned from his post and devoted himself to the worship of Allah and the cultivation of his land. He also erected a number of structures around his zawya for his disciples and passers by where people could withdraw for spiritual communion.

Allah bestowed upon him of His blessings and his wealth grew. He endowed two thirds of his wealth to revive his order, to those who observed its rites, to the deserving from among the aspirants of his order, and to host those who loved him. He left the remaining one third to his children and family.

Sheikh al-Dimirdash died in 929 AH. A commemoration ceremony that lasts for three days is held for him in the month of Sha’ban. During the ceremony, sufis withdraw for spiritual communion. They also fast, observe night vigil prayers, make wird, and remain in spiritual isolation, leaving behind them the gratification of food, sleep, and the company of people. During this time they do not leave their retreat except for group prayers. On the last night of the ceremony, they emerge from their retirement to attend dhikr sessions and shake hands with the people. It is a custom that still exists today. 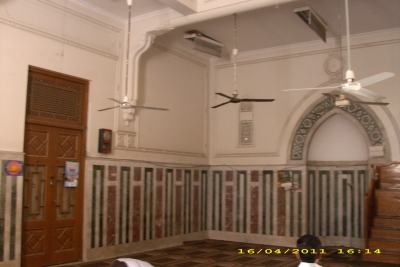 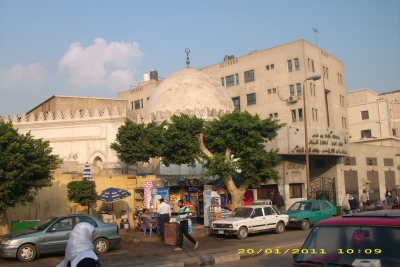