He is al-Qasim Ibn Firru Ibn Khalaf al-Ru’ainy al-Shatibi. Imam al-Shatibi was born in 538 AH in the city of Shatiba in Andalusia. Al-Shatibi lost his eyesight early on in life. As a youth he went on to pursue religious sciences. From an early age he showed exceptional intelligence and percipience that manifested his genius in everything he studied and memorized. Imam al-Shatibi, may Allah be pleased with him, was proficient in both Qur’anic recitation and interpretation. He was well-versed in the hadiths (Prophetic reports) and was an eminent grammarian, linguist, and literary figure.

Imam al-Shatibi left Andalusia in 572 for Egypt. He went to Alexandria where he met the greatest scholar of his time, the hadith scholar al-Salifi who was peerless in the entire Muslim world. al-Shatibi continued to study under the tutorship of al-Salifi in Alexandria until he completed his studies in the science of hadith and became well known among the students of al-Salifi so much so that he would teach al-Salifi’s lectures in his absence.

He later established himself in Cairo where his fame preceded him. When the judge al-Fadil (Abdul Raheem al-Bisani) learned of al-Shatibi’s arrival in Cairo, he welcomed him into his home and honored him. He further appointed him an instructor in the discipline of  Qur’anic recitation in his school.

In the school, al-Shatibi would pray the morning prayer while it was still dark and then sit for Qur’anic recitation. People competed to recite the Qur’an to him and he would always say, “Whoever comes first, will recite [first].” He continued to serve the Qur’an until the last day of his life.

Those who read al-Shatibi’s commentary on the Qur`an spoke at great length of his perceptiveness and talents and maintained that he was the prodigy of his time in intelligence and discernment. His blindness did not hinder his perception . He was an ascetic, sincere in both word and deed, devoting himself solely to knowledge and work. He avoided idle talk and spoke only when necessary.

He would only sit for Qur’anic recitation while he was in a state of purity, well groomed, and with humility and tranquility. At times of great illness, he would neither complain nor show his pain.

Of al-Shatibi’s morals and exaltedness over trivialities, Abu Shama said, “The emir ‘Izz al-Deen Musak invited al-Shatibi to his court. Al-Shatibi was greatly humiliated by this and was surprised at how emirs treat religious scholars with such tactlessness. Al-Shatibi ordered his student, ‘Uthman Ibn ‘Umar Ibn Abu Bakr, whose father was a chamberlain to the emir, to write to the emir and say,

Not to incline to a scholar,

For there is no good in a scholar who approaches your doors.

Many of the renowned scholars of his time were his students. Much of al-Shatibi’s scholarly output remains, the most prominent of which are his three poems. The first is Hirz al-Amani fi Wadih al-Tahani, simply known as al-Shatibiyya which has continued to constitute the basis of Qur’anic recitations from his time until present. It is indispensable for anyone who is occupied in the discipline of Qur’anic recitation to learn and memorize it.

[Throughout his life], al-Shatibi continued to serve the holy Qur’an by devoting the entire day and the greater portion of the night in Qur’anic reading in al-Fadiliyya school.

Imam al-Shatibi died on a Sunday after the late afternoon prayer in 590 AH.

The district known as al-Shatibi in the city of Alexandria, is called after Mohammed al-Shatibi, Imam al-Shatibi’s son. 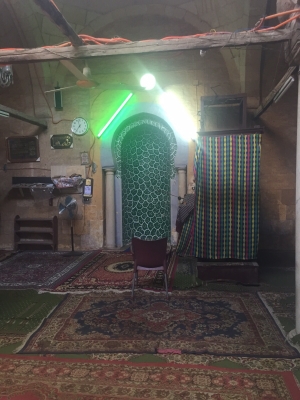 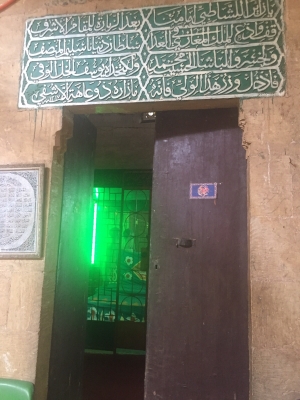 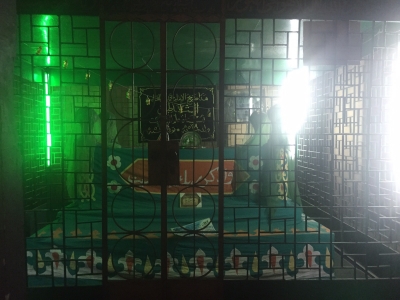 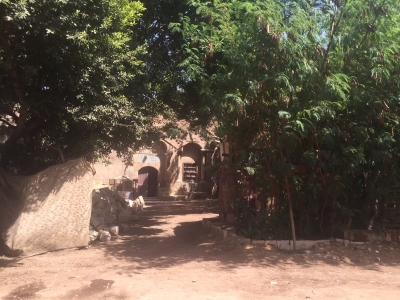 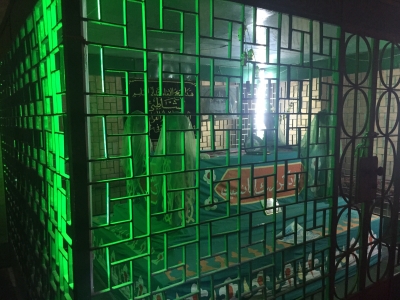 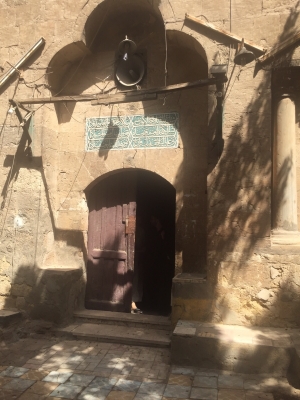