Shaykh al-Badawi also known as the Shaykh of the Arabs traces his lineage back to Imam al-Husayn (may God be pleased with him). His ancestors traveled from the Hijaz to the western lands of Islam in the year 73 AH during the Umayyad reign when the tyranny of the emperor al-Hajaj ibn Yusuf al-Thaqafy overwhelmed the Alawites. The family settled in the city of Fez, Morocco for centuries. In the sixth century AH, the Shareef Ibrahim, the grandfather of Ahmed al-Badawy, married the niece of the Sultan and she gave birth to their son Ali, who in turn married a young girl of high status named Fatimah al-Maziniya who gave birth to six sons the last of them to be known in Egyptian history as the gnostic, the beloved and lover Ahmed (may God be pleased with him), who was later nicknamed al-Badawi.

He (may God be pleased with him) and his family immigrated to Mecca and on the way, passed by Egypt settling there for five years before moving on. Soon after they arrived in Mecca in 609 AH his father passed away and was buried at the graveyard al-Mua’lah in Mecca.

al-Badawi remained in Mecca studying in the circles of knowledge and became known amongst the people as an excellent horseman. His talent was such that there was no horse in Mecca or Medinah that he didn’t master. His brother Hasan said about him “there was no equestrian in Mecca or Medina more courageous than my brother Ahmed.” So he was given the nickname “father of the young brave men.” In Mecca, al-Badawi lived a life of meditating, observing and remaining truthful to the religious truths, keeping far from sins or disobedience against the sacred law. A life filled with good character, praiseworthy demeanor and continuous fasting. He was constant in his night vigil until he eventually stayed the whole night praying. He took to solitude in the mountain of Abu Qoobays and eventually took the path of the Sufi at the hands of the Shaykh Biry, one of the students of Shaykh Abu Na’eem, a companion of the Sayid Ahmed al-Rifa’ee (may God be pleased with all of them).

al-Badawy devoted his time to worship and to a meticulous study of the works of two spiritual leaders from Iraq: Ahmed al-Rifa’ee and Abd al-Qadir al-Jilani (may God be pleased with them). His interest in their works reached such heights that in 634 AH, he traveled alongside his brother Hasan to Iraq. They visited Baghdad, the city of al-Jilan, then Um Ubayda, the city of al-Rifa’ee, where it was said that he received his first openings of divine illuminations. He was then instructed to travel to Egypt where he arrived in the year 637 AH in the city of Tandta (Tanta). The instruction he had received was to “go to Tandta for thy will settle there and raise up men and champions.” So he went to Tanta and stayed in the home of the Shaykh Rakeen al-Tajir for twelve years. After his death, al-Badawy moved to the chambers of Ibn Shaheet where he remained for the 26 years before his death. al-Badawi used to pray in the Masjid of al-Boosa also known as Masjid al-Baheeya in the thirteenth century AH after the Shaykh Muhammad Ahmed al-Baheeya who was buried there.

Presently this location falls on the graveyard of the Mosque al-Ahmady. During this period al-Badawi established a school lofty in it’s principles and structure. Giving birth to noble men in character and spirit whom would travel to the four directions of the world as testimonials of the noble legacy of their teacher al-Badawi. An example of this legacy is the famous partaking of his students in the battle against the crusaders of King Louis XI. Another example is the immense number of followers that adhered to his Ahmedeyya Sufi order, which had a profound influence on the history of Egypt. This is particularly visible in the rhetoric style used in his litanies and his counsel to the rulers of his time. Notice his bold statement to the caliphate Abdul ‘Aal:

“My boy, I advise you to be conscious of God in secret and in public. You must adhere to the Sunnah and congregation in all times. O Abdul ‘Aal be cautious about becoming engulfed in the love of this world. For it spoils the righteous actions like vinegar spoils honey. Know that God said in His preserved book, “Truly God is with those who are conscious of Him and those who act as if God sees them.” O Abdul ‘Aal be gentle with the orphan, cloth the naked, feed the hungry, be hospitable to the stranger and guests so that you may be accepted by God…Know that every unit of prayer at night is better than one thousand units during the day. O Abdul ‘Aal, the best of you in character are those with most faith in God.”

“Knowledge of God, being cautious of his commands, holding tight to the Sunnah of the Prophetﷺ, constant cleanliness, contentment with God in all situations, being certain that all is with God and to not despair by what people do or have. To tolerate the harms of others, to take initiative to carry out God’s commands, to be gentle and humble towards people and knowing that your only enemy is Satan.”

The prayers in fond memory of the Prophetﷺ that al-Badawi left for his disciples were explicated by Abdul Rahman al-Ardaroos in his book “Fath al-Rahman” and its most important excerpts are the “Prophetic Tree Prayers” that read:

Shaykh al-Badawi returned to his Lord (may God be pleased with him) in the year 675 AH. 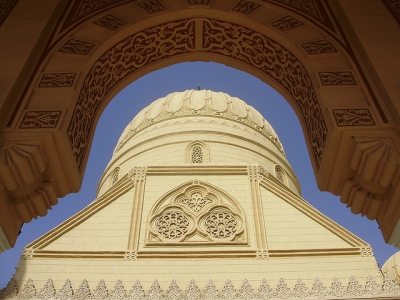 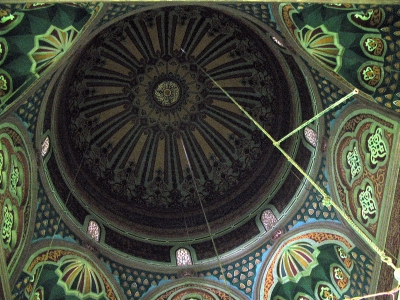 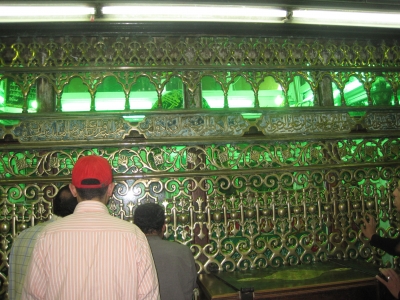 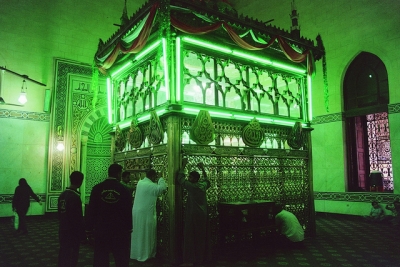 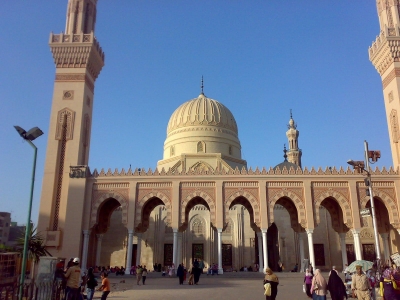