He is ‘Uqba Ibn Amer al-Jahhani Abu Hammad, who became the Prophet’sﷺ Companion after his emigration to al-Medina al-Munawarra. Our master ‘Uqba took part in the conquest of Egypt with Amr Ibn al-‘Aas and the conquest of al-Sham. Mu’awiya Ibn Abu Sufyan appointed him the governor of Egypt in 44 AH.

He was governor of Egypt for three years. He built a house in Egypt and was one of the eighty Companions who determined the qibla (direction of prayer) of Amr Ibn al-‘Aas mosque during its construction.

Our master ‘Uqba transmitted nearly one hundred hadiths (Prophetic reports) from our master, the Messenger of Allahﷺ. These include:

‘Whoever performs ablution well and then prays while fully concentrating and heedful of his prayer, the sins he committed before it will be forgiven.”

Uqba said, “I heard the Prophetﷺ say, ‘Your Lord is pleased with the young man who does not succumb to the passions of youth.’

On one occasion, he said, “I was holding the reins of the Prophet’s mule in a wooded area of al-Medina when he said, ‘Should I not teach you two [Qur`anic] chapters?!’

Prayers were then established and when the Prophet led the prayer, he recited these two chapters in it.

The Prophet then said, ‘Recite them whenever you sleep or wake.’

There is a region in Egypt called ‘Meet Uqba’ in the governate of Giza, near al-Dokki where our master, ‘Uqba had houses constructed during his tenure as governor of Egypt. This region was known as ‘Minyat ‘Uqba’. The word ‘Minyat’ was later corrupted and the area came to be known as ‘Meet ‘Uqba’. The word ‘Minya’ means ‘harbor’—at that time the area was located on the western shore of the Nile before it was diverted to the East.

Our master, ‘Uqba, remained in Egypt until he died on 8th Sha’ban 58 AH, the day on which the Mother of Believers, Lady A’isha, died, may Allah be pleased with them.

His grave is visited for blessings and prayers made there have been known to be answered.

That houses and conceals his body.

He was a young man—one of the most earnest from among the Companions,

The most generous of them in both poverty and wealth,

He narrated reports from the Prophet,

That were recorded by Muslim and Bukhari.

The kings and governors of Egypt undertook the care of ‘Uqba’s grave. Salah al-Din al-Ayubi replaced the structure built on his grave with a big dome while later kings undertook its renovation and restoration. And why not when the Prophetﷺ said, “Whoever from among my Companions dies in a land, illuminates it and will be the leader of its people on the Day of Judgment.” Heﷺ also said, ‘My Companions are like stars. You will be guided by whoever you follow from among them.”

Next to his maqam are buried Sayyidina Muhammad ibn al-Hanafiyya, Sayyidina Dhun Nun al-Misri and Sayyida Rabiah, next to each other in a room. 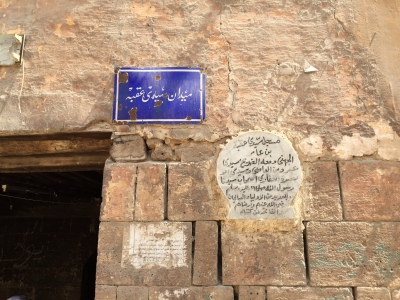 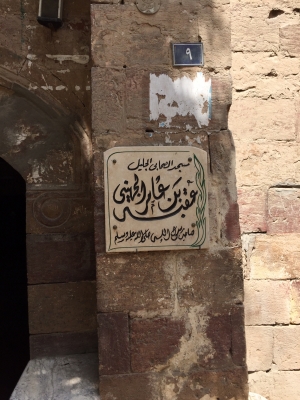 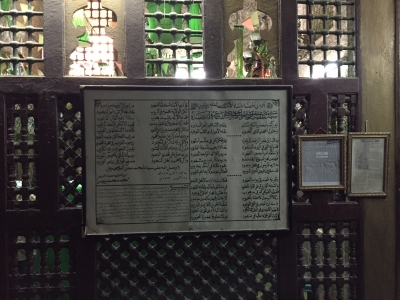 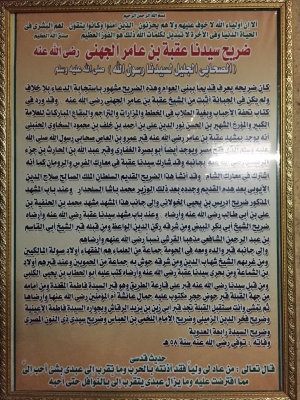 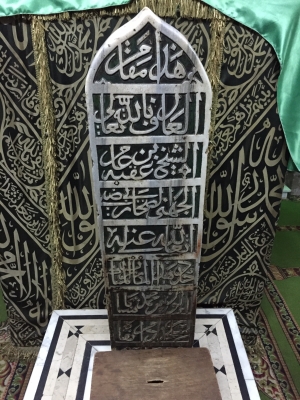 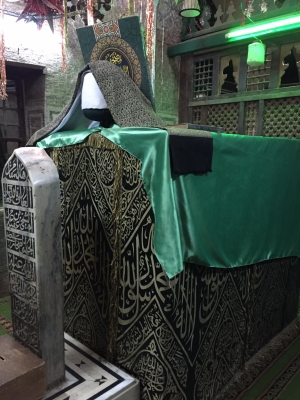